Parties who cause another person harm or injury can be held financially liable for damages.

Most damages awarded in a personal injury case are compensatory damages. These damages compensate the accident victim for economic damages, such as lost wages, out-of-pocket expenses, and medical bills. An injured party may also recover non-economic damages for pain and suffering.

In some cases, non-compensatory damages may be awarded. These damages are called exemplary damages or punitive damages.

Punitive damages are not intended to compensate the plaintiff for losses in a personal injury lawsuit. Instead, these damages are generally awarded at the court’s discretion for limited reasons.

What is the Purpose of Punitive Damages in a Personal Injury Case?

The purpose of punitive damages is to deter the defendant from repeating the same conduct that led to the plaintiff’s injuries. The damages punish the defendant for his conduct.

However, punitive damages also serve another purpose: deterring other parties from engaging in similar conduct. The threat is that the court may impose a financial punishment if a party commits similar acts.

When Do Juries Award Punitive Damages in Injury Cases?

Punitive damages are only awarded in specific types of cases. Juries must find particular circumstances existed to justify punishing the defendant with a financial penalty in addition to holding the defendant liable for the victim’s damages.

There must be “clear and convincing evidence” that the defendant’s conduct was intentional or grossly negligent.

The defendant is guilty of intentional misconduct when he continues an act knowing that it could harm another person, and that act results in injury. Gross negligence is conduct that demonstrates the defendant was consciously indifferent or knowingly disregarded the safety of other individuals.

However, a clear and convincing burden of proof requires the plaintiff to prove that it is substantially more likely than not that the defendant committed the alleged conduct. Requiring a higher standard of proof protects defendants from being unjustly punished.

However, there are exceptions to this limitation on punitive damages.

If the basis of the defendant’s intentional actions was solely a desire for financial gain, the maximum amount of punitive damages increases. The jury or judge could award up to four times the amount of compensatory damages awarded to each claimant, not to exceed $2 million.

Examples of Cases That Might Justify an Award of Punitive Damages

The facts of a case determine whether punitive damages might be justified. Judges and juries must decide each case based on the evidence presented in court. However, examples of cases that might result in an award of punitive damages include:

Contact A Jacksonville Personal Injury Lawyer for a Free Consultation

Accident victims deserve fair compensation for all damages caused by another party. A personal injury attorney will fight to get you the maximum value for your personal injury claim.

Even though punitive damages may not be awarded in all cases, a lawyer will evaluate all causes of action to maximize your recovery. 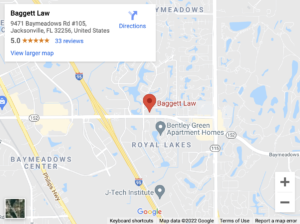 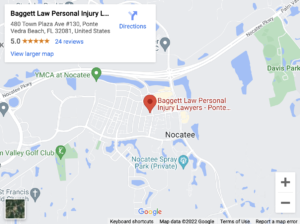